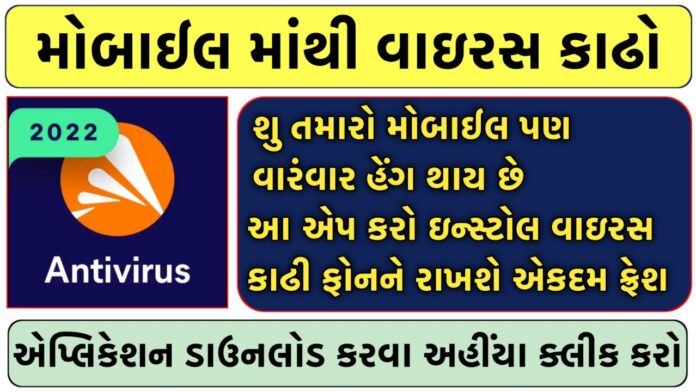 How to Solve Mobile Hang Problem – Friends, if you are also troubled by your Mobile Hang Out and you want to increase the speed of your phone, then this article of ours can help you a lot. This question would also come in your mind that Mobile Hang Kare To Kya Karen.

I can say with confidence that if you follow all the methods of Phone Hang Setting of this article carefully, then the speed of your mobile will also become very fast.

Provided you have to use this trick only after reading the entire method carefully. Often people read it half-heartedly and do it and later say that the trick is not working.

How to Solve Mobile Hang Out

Most of us use Android Mobile only because we get it at an affordable price and it is also a bit easy to operate but along with being economical, it also has some drawbacks. Such as weak processor, less RAM (Randon Access Memory) etc. Due to which the performance and speed of our phone starts decreasing gradually and the phone hang problem also happens.

Due to weak hardwares, the speed of your mobile is not reduced, there are many other reasons related to this, so let’s know their reasons as well as their solutions.

There are many people who use any app to increase the speed of the phone, are you also one of them? If so, do not do this work even by mistake again.

You will find millions of such apps in the Play Store, but do you know what these apps actually do, these apps only show you that the speed of your phone has become two times, three times faster.

But nothing happens. These apps are programmed in such a way that when you boost your phone, visualizations are shown so that you feel that the mobile speed has become fast.

Some Apps simply close the Apps running in your Backgroung, cannot do much more than this. That’s why don’t get into the affair of such apps because more than these you can increase the performance of your mobile yourself.

What to do if mobile hangs out

Hang Phone Ko Kaise Thik Kare – We are going to tell you some such Phone Hang Setting, with the help of which no matter how old your mobile is, it will start running fast like a brand new mobile without any speed increasing app. For this you just have to do these things in your mobile –

By using various apps in mobile, a lot of cached data gets accumulated due to which your mobile starts getting slow. Since it increases by using apps, that’s why it should be cleared from time to time. This will never reduce the performance of your phone.

In today’s Android Mobile, an application named Google Files is preinstalled, which helps you to prevent your storage from getting full. With the help of that App, you can also delete Cached data and Junk files.

There are many apps in the phone that keep running automatically even when you are not using them and due to this, the performance of Mobile Hang Out decreases.

But the apps which are bigger, you have to force stop them and disable the background so that when you open that app only then it starts.

Remove such apps which you do not use or use very rarely, because these apps are just sitting in your phone, their work is nothing.

If ever that app is needed again, then install it again and uninstall it after the work is done. With this your work will also be done and the speed of the phone will also not be slow.

The main reason for slowing down the speed of your mobile is the filling of internal storage. Because of this you have a mobile hang. You must have noticed that when you take a new mobile, it runs very fast because its internal storage is not full at that time.

That’s why try to keep the internal storage of your mobile as free as possible and move the apps that can go to the SD card.

There are also some such apps in our phone which are already installed and are of no use i.e. we do not download them, but still those phones remain present. Such apps are called Preinstalled Apps. Some preinstalled apps are removed, some are not.

Check all of you and see which App; Remove is being done, remove it and if it is not removed, then make it Clear Data. This will make your phone feel a little lighter and it will work faster than before.

6. Keep the phone pure and clean

If you take care of Mobile then Mobile will also work according to you. That is why do not download useless Apps in Mobile, because Untrusted Apps are also given place in Play Store.

7. Use Lite Version of Apps

Nowadays Lite Versions of all Apps are being released because Mobiles with less RAM are unable to run big Apps. Because the apps with the light version also work like the real app.

Therefore, if the light versions of the apps you are using are available in the Play Store, then use them. Due to this, there will be no load of big apps on your mobile and mobile will also work faster than before.

There must be some such useless preinstalled apps in your mobile too, due to which you would get upset. There is also a solution for this, which apps you do not like and you cannot remove them, disable them after clearing the data. Due to this, those apps will not be able to run in mobile, due to which the performance of your mobile will be better.

There is a developer option in every Android mobile, even after doing some settings, your mobile starts running fast. For this, first of all you have to enable the developer option.

To turn on the developer option, go to Settings ▶ About Phone and touch the Build Number 7 times. If your mobile is Vivo then touch on Software Version and Redmi then touch on MIUI Version 7 times.

Mobile companies often send software updates to improve their phones and to remove shortcomings, so keep updating your phone’s software to keep its performance better. Apart from this, the option of data saving is definitely there in all our mobile phones. If you want to speed up your phone, then keep data saving on.

If the Mobile Hang Out is happening too much and it is becoming difficult for you to run it, then you can Factory Reset the Mobile. After this you know that your mobile will start running fast like a brand new mobile.

But this will delete all the data kept in your mobile, so keep a backup first and only then reset the factory.

Conclusion:- We have told you a lot of Mobile Hang Solutions. Because all these tricks are tried by most of the people, that’s why you too will definitely benefit from it. If you do all the things as mentioned in the tips, then your phone will also start giving better performance than before.

We hope that you have understood this article Solve Mobile Hang Out very well and you must have made your phone fast,

But if you are facing any problem or have any question or suggestion related to the article, then you can tell us in the comment section. If you like the article then do share it on social sites and with friends.

How to Get Live Location of Any Person

How to Set Your Photo or Face on Any Video?

How to get Someone’s Call details in 1 Minute?

How to Get Call Recording of any number

How to Solve Mobile Hang Problem

How To Make Free Instant E-Pan Card – How To Donload...

ABOUT US
androidone.xyz is Technology Update website Which Provide How to, App Review, Gadget Review, Mobile Tricks And Tips
Contact us: [email protected]
FOLLOW US
© Copyright 2021 - Androidone.xyz
MORE STORIES
How to

How to Set Voice Lock in Mobile? Lock / Unlock Phone...